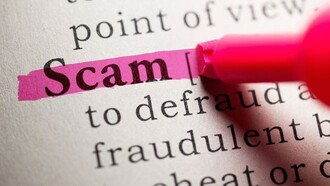 March is Fraud Prevention Month and the RCMP want to help you recognize, reject and report fraud.

Every year, thousands of Canadians fall victim to fraud, losing millions of dollars. Most don't think it could happen to them, but fraudsters use sophisticated ways to target people of all ages. According to the Canadian Anti-Fraud Centre.

The top five scams in 2018 based on dollar losses were:

Scammers capitalize on the vulnerability of those looking for love or companionship to extract significant amounts of money from victims.

Scammers come up with new reasons why you urgently need to pay them money.

Scammers sell fake, imitated or poor quality products and advertise them at low prices so the victim thinks they’re getting a good deal.

4 - Sale of merchandise by complainant

Scammers pose as online buyers and trick the seller into taking their merchandise, money, or both.

Scammers pretend to represent a well-known computer based company and claim the victim's computer has viruses, or has been hacked, and must be cleaned. The victim pays for a service that was never needed.

The Romance scam has continued to be the number one scam for the past three years for both the general population and seniors specifically.

The best way to fight these types of crimes is through awareness and education.

Also review the Competition Bureau of Canada’s Little Black Book of Scams to learn about the twelve most common scams affecting Canadians, how to protect yourself and what to do if you’re a victim.